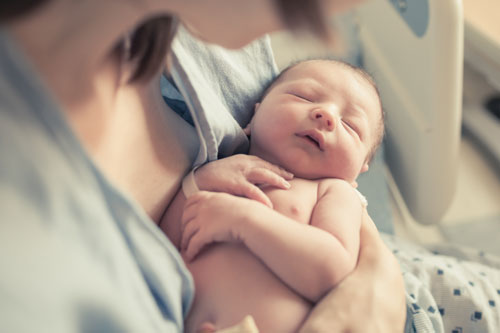 The previous section on lactation outlines some of the supportive research studies which have positively correlated maternal intakes of DHA plus EPA (or DHA alone) with breast milk levels of long-chain polyunsaturated fatty acids, blood levels in infants, and measures of visual acuity and mental development in breast fed term infants. A number of studies have been performed in preterm and term infants by introducing DHA into infant formula. As reviewed by Fleith and Clandinin (2005), the body of literature suggests that long-chain polyunsaturated fatty acids are important to the growth and development of infants. They conclude that a target DHA level of 0.4% of total fat for preterm infants is desirable and that slightly higher levels than necessary for term infants may be needed.

There is clinical evidence indicating that infant formulas containing DHA with 0.36% DHA (in comparison to conventional infant formula also containing ALA but no DHA) provided an improved performance on the Mental Development Index (MDI). The 'MDI' is a measure (scoring) which measures the overall 'mental' development (it evaluates several types of abilities including sensory/perceptual, memory learning and problem solving, vocalization, abstract thinking, math concepts). Very recently, a significantly better visual maturation of term infants using sweep visual evoked potential (VEP) acuity as the functional outcome was demonstrated in term infants fed long-chain polyunsaturated fatty acids (including DHA at 0.36% of total fatty acids) as compared to control formula for a 12-month period. These and other findings have led to DHA-containing infant formula now appearing in the North American marketplace and elsewhere.

Studies on the potential influence of higher versus lower DHA levels in breast milk on visual function and neurodevelopment in breastfed term infants has been evaluated by including measurements on the Bayley PDI (Psychomotor Development Index). The 'PDI' measures the progressive acquisition of skills involving both 'mental' as well as motor activities ('motor' would include body control, large muscle coordination, manipulatory skills of the hands and fingers, and ability to recognize objects by touch). Infants consuming breast milk containing 0.35% DHA, via supplementation of the mothers with 200 mg DHA, versus 0.20% by weight of the milk fat as DHA (at 4 months postpartum) gave rise to children at 30 months of age having significantly higher outcomes on the PDI as seen in Figure 1. 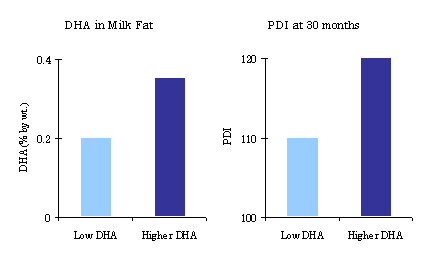 Figure 1: Relation of DHA in breast milk fat and PDI

The Bayley PDI at 30 months of age was 8.4 points higher in the children of mothers exhibiting higher levels of DHA in their breast milk fat (0.35% of total fatty acids). This difference represented an 8% overall better score on the PDI in the higher as compared to the lower DHA group.

Interesting, Health and Welfare Canada (in 1990) and the Food and Nutrition Board in the U.S. (in 2002) recognized that omega-3 fatty acid was of importance in providing DHA for neuronal functioning. However, both groups recommended the consumption of ALA (but not DHA) at a level of 0.5% of total energy for term infants. This recommendation was based in part on reported animal studies indicating some conversion of ALA to DHA by desaturation/elongation reactions as found in the liver and elsewhere. However, it has become apparent that the human body (particularly infants) has a very limited capacity to convert dietary ALA to the physiologically-essential DHA. An intake of approximately 300 mg DHA/day during lactation is considered as a reasonable target for ensuring the elevation of DHA in breast milk to at least 0.35% of total fatty acids. The provision of DHA-enriched egg yolk to breast-fed infants at 6 months of age has also been found to accelerate the maturation of visual acuity when measured at 12 months of age. These and other studies support the need for an adequate dietary supply of DHA throughout at least the first year of life for optimal overall health and functioning.