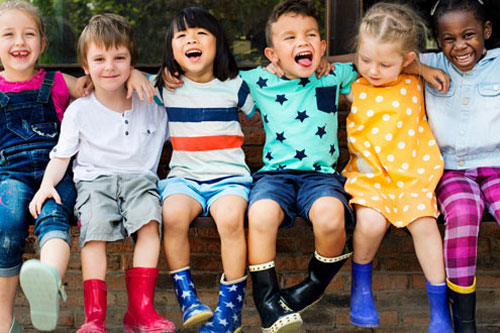 In 1999, the NIH Workshop held in Bethesda recommended that DHA + EPA (combined) for adults should represent 0.3% of daily energy with at least one-third of the mixture being DHA and one-third being EPA. If the recommendation is applied to young children consuming 1300 kcal/day (ages 2-3 yrs.) or 1800 kcal/day (ages 4-6 yrs.), the corresponding target intakes of DHA plus EPA (combined), DHA, and EPA would be at least 433, 145, and 145 mg, respectively, per day and 600, 200, and 200mg, respectively for the older children. For extrapolation to children ages 7 yrs. and over, who have daily energy intakes similar to adults, the corresponding estimated targets would be 650, 220, and 220 mg/day, respectively.

A few studies have appeared in the literature evaluating the potential effects of supplementation with omega-3 fatty acid as DHA plus EPA in children with dyslexia or ADHD (attention-deficit/hyperactivity disorder). Although children with ADHD have been shown to have low blood levels (both plasma and erythrocyte) of DHA, studies using supplemental DHA/EPA (combined) or DHA alone have been mixed with some studies showing moderate benefit and others showing no significant effect. A Japanese study, choosing functional food sources of omega-3 fatty acid providing an average of 514 mg DHA plus 100 mg EPA per day over a two month period in children aged 6-12 yrs. with ADHD (not on medication) resulted in a significant reduction in aggression when compared to the control group. The effect of DHA/EPA-containing foods on hostility was more appreciated by parents than by teachers and the effect on physical aggression was more appreciated by teachers than by parents. The recently reported Oxford-Durham Study from the U.K. has had a major impact on consideration being given to the potential beneficial effects of increased intakes of DHA plus EPA on DCD/dyspraxia. In this randomized, controlled trial, 117 children (ages 5-12 yrs.) with DCD (developmental coordination disorder) were given a supplement providing 170 mg of DHA plus 558 mg of EPA for a 3 month period. It should be noted that DCD affects approximately 5% of school-aged children (including core deficits in motor function, difficulties in learning, behavior, and psychological adjustments that persist into adulthood). As compared to control (healthy) children, supplementation of the DCD children resulted in a net improvement (relative to controls) in reading age by 6 months, spelling age by 6 months, and also significant behavioral improvements (hyperactivity, inattention, anxious/shy behavior, cognitive problems, and restless-impulsive characteristics). An approximate 6 month 'catch up' in reading and spelling age was observed within 3 months of omega-3 supplementation.