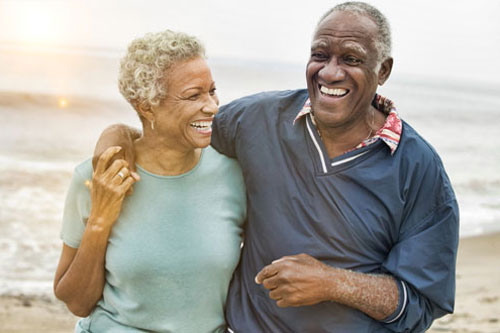 The Food and Nutrition Board (2002) recommended minimum intakes of ALA (omega-3) of 1.6 gm/day for elderly men and 1.1 gm/day for elderly women. These Adequate Intakes (AI) are identical to the recommended AI values for younger adults. The Food and Nutrition Board indicated that up to 10% of the ALA (omega-3) targets could be represented by DHA + EPA with no obligation that DHA/EPA be consumed and with no specific indication as to whether both DHA plus EPA needed to be present in such mixtures. The NIH Workshop which convened in Bethesda in 1999 recommended, in their published reports, that DHA plus EPA (combined) should be consumed at the level of at least 650 mg/day with at least one-third of the mixture being represented by each of the two fatty acids. A recently-published study on residents of the Chicago area who were 65 years of age and older over a 6 year follow-up period indicated that those who were consuming higher levels of fish as a source of DHA/EPA exhibited a slower rate of decline in their cognitive scoring with age. Other studies have shown that aging individuals who utilized fish oils supplementation (as a source of DHA/EPA) with corresponding higher levels of DHA + EPA in their blood samples appeared to show improved retention of their cognitive functioning in old age. Other studies in elderly individuals (65-98 yrs. of age), who were free of known cerebrovascular disease at baseline, exhibited a significantly lower risk of developing a stroke during 12 years of follow-up with increased fish consumption as a source of DHA/EPA. In the latter study, the lowest risk (by 30%) was found in those aging individuals who consumed fish at least 5 times per week. Such consumption is the equivalent of approximately 700 mg of DHA / EPA per day; however, it needs to be recognized that other components in the fish in addition to DHA/EPA could be contributing to such beneficial outcomes.