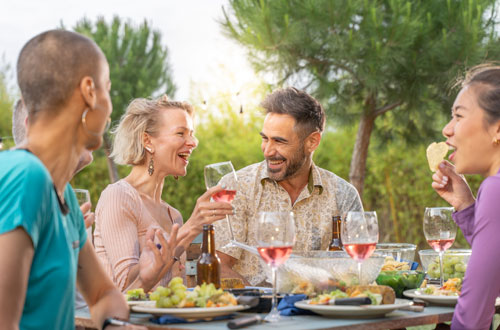 The NIH Workshop held in 1999 in Bethesda, Maryland consisting of scientific experts and research in the omega-3 fatty acid area from various countries provided recommendations on intakes of DHA plus EPA for normal subjects in order to promote optimal health and cardiovascular care. Based on a 2000 kcal adult diet, it was recommended that DHA plus EPA combined should represent 0.3% of total energy with DHA and EPA each representing at least one-third of the mixture, ie., at least 0.1 energy % each. In quantitative terms, these intakes correspond to 650 mg of DHA plus EPA (combined) with DHA being consumed at the level of at least 220 mg/day and EPA at the level of at least 220 mg/day. It is noteworthy that the average North American intake of DHA plus EPA combined is approximately 120-150 mg or about one-fifth of the AI (Adequate Intakes) for adults recommended by the Workshop.

While numerous studies have been conducted on the effects of omega-3 fatty acids (particularly DHA) on improving mental and visual performance in infants, very little information is available on normal healthy adult populations. Most of the research and clinical trials in adults related to neuronal functioning have been applied to adult patient groups with specific psychiatric disorders. Very recently, a clinical trial has been published from Italy which has evaluated the effect of omega-3 supplementation on cognitive performance in normal healthy adults with mean ages of 33 years. This study indicated that supplementation with 800 mg of DHA plus 1600 mg of EPA for a 35 day period was associated with an improvement in the profile of mood state as measured by the POMS (Profile of Mood Stage) analysis. The POMS analysis showed an increase of vigor and a decrease of the other mood states (anger, anxiety, fatigue, depression, confusion). This published trial raised the possibility that normal healthy subjects in good health (and performing physical activity) may possibly obtain some further improvement in cognitive functioning via activity of the central nervous system in the presence of an already good condition of well-being. It is noteworthy that the level of DHA plus EPA (combined) intake in this study of 2400 mg/day is approximately 3-fold the aforementioned recommended intake from the NIH Workshop and 16-fold the current North American intakes.